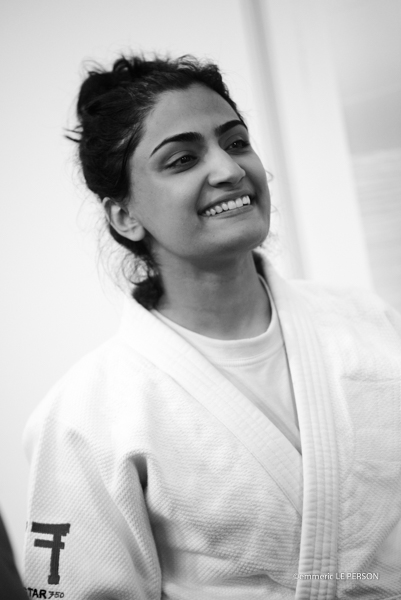 I’m getting upset about 4 hours of interview with Nigara. A confused feeling overwhelmed me and brings me back more than 30 years. 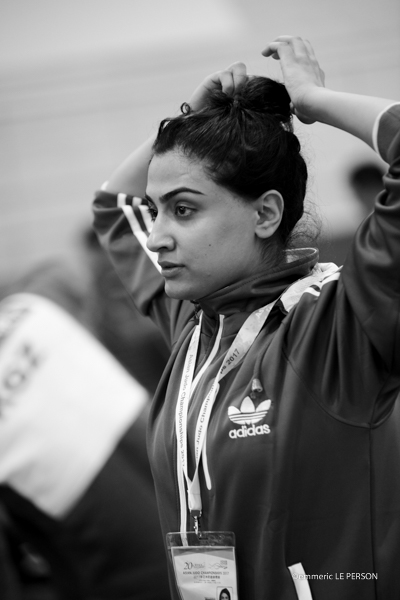 It was first her smile that struck me. She was in a serene call room. True to my habits without disturbing her in those intense moments that precede the fighting, I moved to see her name on the bib. In fact I see only these 3 letters: AFG. AFGHANISTAN! My sight is cloudy and I have trouble realizing. Unlike Iranian women, she does not wear the hijab. For us Westerners, we are so far from the cliché of the Afghan burka. But since when does she judo? Is it a symbolic action? Not at all, Nigara has been practicing judo since she was 10! After testing karate, in front of her abilities, his teacher quickly oriented her to judo. The practice of martial arts is a family tradition at home. 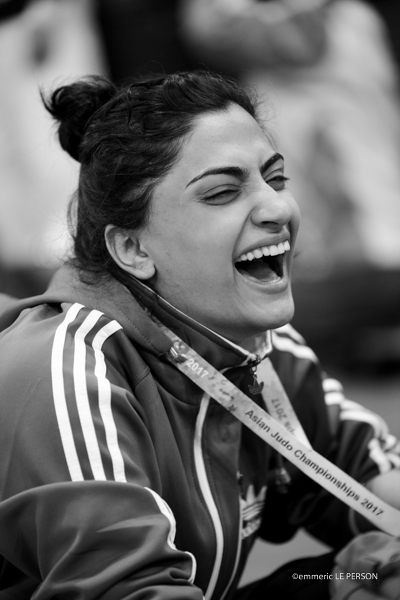 I found in Judo the way that allowed me to find confidence and show my strength when I needed it. «

She has only been training with men for a long time. Judo is too confidential, and too few women practice it. Because as she says:

The environment is not so good for women to play this sport. Moreover, I think it is more related to the ideology of women in our country. In judo, women have a close encounter with a male partner, at least the male instructor, and this is not traditionally and culturally accepted.

She assumes her daily passion, far from the habits and customs of Afghan women. And even if it’s difficult. Because she testifies:

I am not recognized in society as a national sportswoman.

However the judokate she is, takes over. She was impregnated with the philosophy of Jigoro KANO: always get up once fallen. She recognizes that Judo gives her the strength to go forward. 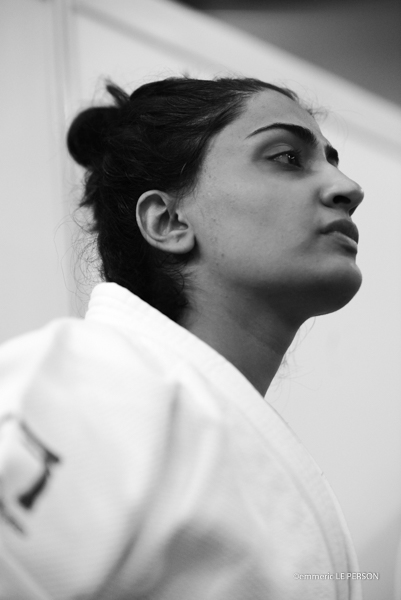 Both judo and life Nigara goes ahead

The contemporary history of Afghanistan is complex … especially since that day of 24 December 1979, when the USSR was invading the country. Since that bad day, we have, so to speak, tapped into the anthill. So when I saw that she is represented as a judoka from Khyber Pakhtunkhawa, I suspected what happened next. It is the Pakistan province of the city of Peshawar. During the Soviet occupation it was the rear base of all Afghan resistance, and also of the refugees. The obligatory passage of all Westerners who sought the famous sesame to cross the border clandestinely and to testify … or to act is according to. The famous period of our famous french doctors. But Nigara is only 24 years old! So she spent all her childhood as a refugee, until 2012 of course. 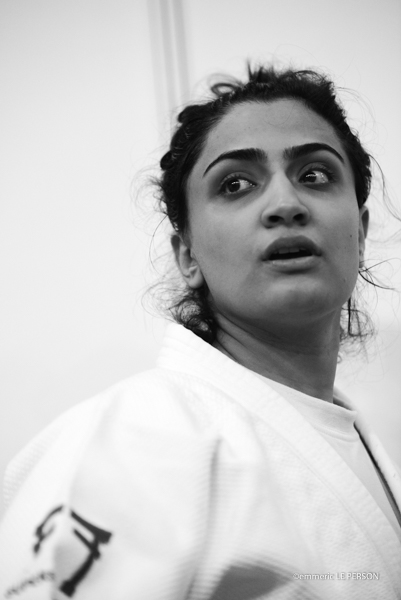 Refugee in Pakistan all her childhood

It was in Pakistan that she started Judo … and won 2 gold, 2 silver and 3 bronze! It does not have dual nationality, but know that as an Afghan, one can participate in competitions Pakistan, by the Pashtun common on both sides of the famous Khyber pass. The one that the English are not ready to forget. Where in January 1842, a column of 16500 men was exterminated, leaving only one survivor to testify. It was the time of the big game. Another time … that the Russians would surely have had to study better …

Sure somethimes, judo is stronger than geopolitics 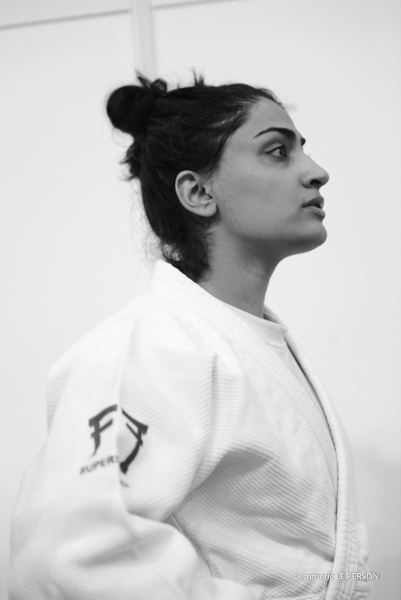 So in Hong Kong, she did not start judo, far from it! But was it his first international competition under the colors of Afghanistan? Not at all, in February 2016 she participated in the South Asian Games in Guwahati and Shilong in India. An unknown and confidential trial for other continents. So much so that it does not appear anywhere in his biography and his charts. These games bring together 6 nations: India, Pakistan, Nepal, Bangladesh, Sri Lanka and of course Afghanistan. Because of the small number of participants in her category, -70, she immediately reaches the fight for bronze. Do not ask me for other organizational explanations. The fight against the Sri Lankan JAYARATHNE is Nigara who tells it:

I competed directly for the bronze medal, I scored a wazari when I got up I saw all the Afghans who encouraged me. So emotional that I totally lost control and caught my opponent’s leg which is a fatal hansokomake in judo I will always regret this match, but at the same time I will always cherish the moment when Afghanistan scored in the women for the first time a wazari. 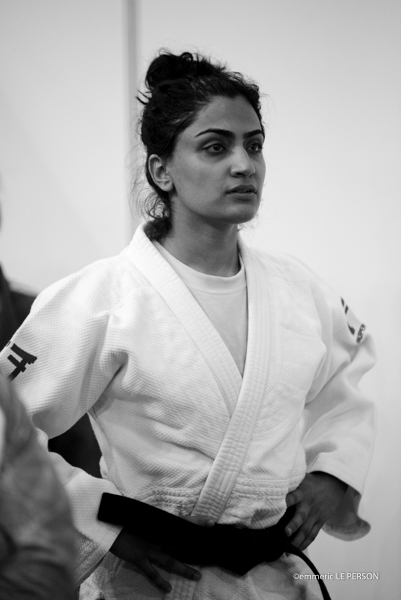 All of Nigara’s determination in her eyes.

Of course, Nigara’s first goal is to win her first international fight. Her dream to participate in J.O. of Tokyo … 16 years after the participation in Athens of Friba REZAYEE. Nigara was 11, a judokate for only a year. Discovering her illustrious predecessor, Nigara will have this formula that remains engraved in my memory:

I knew when I started judo that I was not the first, but I know that I will not be the last.

Competitions are a thing in judo, but our culture allows a large number of international camps … which unfortunately can not benefit from the views of the economic situation of his country. They no longer drive to nearby Tajikistan or Uzbekistan. It is no longer a priority. 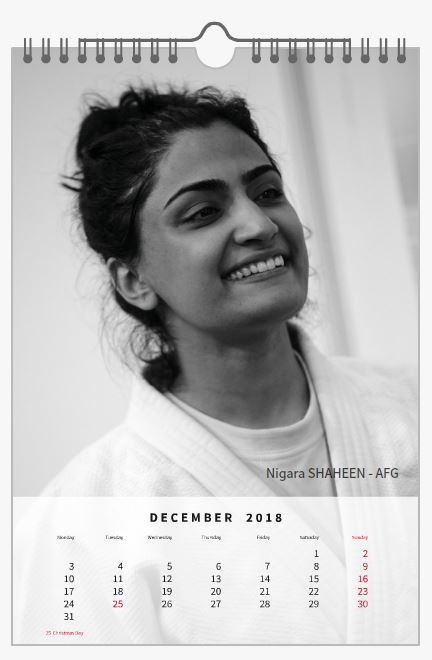 I am so honored, Nigara is agree to be inside my 2018 calendar : WOMEN IN JUDO

But Nigara has also invested in her studies and in Afghan society. After returning home, she graduated from the American University of Kabul in Political Science and Public Administration. Here again the judo helped him:

Yes, judo has helped me to strengthen my self-confidence not only in exams but also in my daily life, whether in debates, competitions or more.

Referring to the case of Fahima REZAYEE, who went to live in the Emirates to associate sport and work, she cut short any ambiguity:

Me and Fahima are different people. I have never considered settling abroad and I will never have the desire. Even if I withdraw from judo, I will train other girls. I personally believe that Afghanistan needs us and I am proud to be involved in the future of my country.

Her job ? Listen a little, judo is never far away:

I volunteered one year for promotion to the university of the Italian association Giovani nel Mondo during my studies. Now I work at the Afghanistan Export Promotion Agency as Public Relations Officer. I do not travel much but every time I do judogi is the first thing that comes into my luggage even if I travel for a vacation.

Even if her modesty should suffer, I ask her if she is aware of being an example for Afghan girls and women? Here is his answer:

Yes I will be proud. It would mean that I was able to achieve something that inspires others.

Yes Nigara do not doubt it, you have already achieved something despite your 24 years.

I know now that only your smile was not the only thing that illuminated Afghan judo on this memorable day in Hong Kong. Your life alone is proof that not only is it possible to hope, to have dreams in Afghanistan. We can also realize them!

What an ambassador for Afghanistan, for judo … for women.

Emmeric LE PERSON – translation of French by Nigara SAHEEN herself !

post scriptum: To go further I recommend 5 books (among all the many that I read about Afghanistan). Not to mention newspapers, journals, documentaries and meetings.

MASSOUD AFGHAN by the late Christophe DE PONFILLY
ATLAS OF THE PEOPLES OF ORIENT by Jean and André SELLIER
AFGHAN FALCON: A trip to Taliban country by Olivier Weber
JIHAD TO THE TEARS OF ALLAH by René CAGNAT
IN THE QUIET EAST LOST by Olivier ROY – interviews with Jean-Louis SCHLEGEL
and a rarity: 3CD at INA FRANCE CULTURE: IT WAS AFGHANISTAN BEFORE 1978